Where to find Bats in the UK

Where to find Bats in the UK 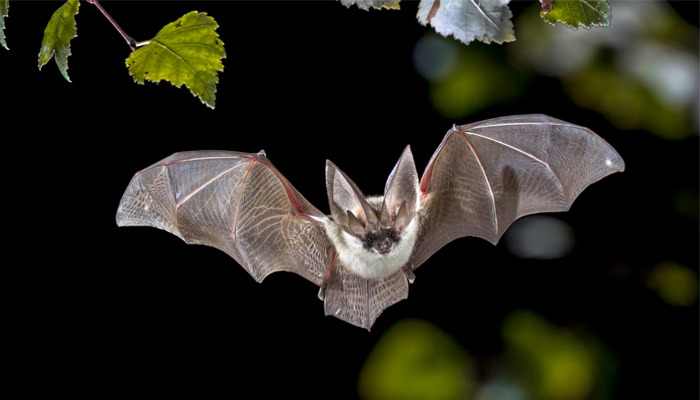 There are 18 species of bat in Great Britain, making up almost a quarter of our nation's mammal species.

Despite this sounding like a lot of bats, their population was in decline throughout much of the 20th century. Thanks only to the hard work of conservationists in more than 100 voluntary groups, this unique creature is hanging on to avoid extinction.

Why are bats in the UK endangered?

The Bat Conservation Trust and local conservation groups are striving to help our British bats make a comeback. A number of species became endangered over the past century due to factors such as loss of habitat, disease and deliberate hunting and killing.

Building and development work reduced bats' natural habitat and destroyed their roosts, while the chemical treatment of some building materials was dangerous for their health. More land was lost to development and an increase in wind turbines. Electric lighting sprang up across the countryside, which was also detrimental to bat roosts.

The main problem has been the loss of natural habitat such as woodlands, hedgerows and ponds. The Bat Conservation Trust is working hard to create new habitats and is also managing and improving existing ones to help bats survive.

Which are Britain's rarest bats?

The rarest bat in the UK is the greater mouse-eared bat, which was believed to be extinct in this country in 1990. However, a lone young male was found hibernating in southern England in 2002. It is monitored by scientists and has been spotted in the same place every year since. Their average lifespan is about 18 years. It is not known if any other greater mouse-eared bats have survived in the UK, although the species exists in parts of Europe.

The lone bat's exact location is top-secret, as in 1957, the discovery of a colony of greater mouse-eared bats in Dorset led to a frenzy after The Times published photographs. Collectors stole a number of bats, others were whisked off to TV studios and the colony was almost wiped out in a short time.

The second-rarest UK species is the grey long-eared bat, whose ears are almost as long as its whole body! There are a handful of colonies in southern England, in woodland and valleys. Its relative, the brown long-eared bat, has giant ears that provide extremely sensitive hearing. It is said to be able to hear a ladybird walking on a leaf!

Where do you find bats in the UK?

Although bats live mainly in the wild, in woodland areas all over the UK, you will spot them in your garden at night if you're lucky. People who enjoy seeing this unusual mammal flitting around employ  gardening practices that include planting and growing different species of plants that flower early and late in the season - to attract as many insects as possible all year round. Insects that fly at night, such as moths, are one of their favourite foods, so cultivating flowers like honeysuckle will bring in more bats.

They tend to roost in gardens where there are trees and hedges, while mature shrubs can also provide a good home. Bats often live near garden ponds, as this is an area where there's more insect biodiversity. Bats will eat the mosquitoes and midges, which many people will agree is a good thing!

Where do bats sleep?

Bats sleep during the day, roosting in quiet, safe places, hanging upside-down in trees, in caves and rock crevices, under railway arches and in buildings such as outhouses. They are nocturnal, which means they are active at night, so you will probably never see a bat in flight during the day.

Leaving their roosts at dusk, they will fly to a pond, stream or lake to take a drink. They are able to drink while still in flight by dipping their lower jaw into the water as they skim across the surface.

Bats are very special, as they are the only flying mammal on earth. Some species can use sound to navigate at night - known as echolocation. More than 50% of bat species use echolocation or sonar when in flight to detect and avoid obstacles, find their way safely into the roost and forage for food.

Why do people find bats scary?

A lot of people find bats scary and associate them with Halloween because certain bat characteristics trigger a primal fear response. Usually dark in colour, they are active after dark, making them hard to see – and that’s just for starters!

Stealthy and quiet, they hide high up in dark places, so people imagine they are just waiting to scare us. In reality, bats try to avoid humans at all costs.

If you find a bat indoors, or outside on the ground, it may be injured, grounded by strong winds, or sick due to pesticides. They don't bite unless provoked when they feel threatened, but they seldom become aggressive, according to animal welfare organisation PETA.

As people don't understand bat behaviour, this makes them seem scarier, particularly the way in which they suddenly swoop, seemingly appearing from nowhere. A lot of people find their faces unattractive, especially their sharp little teeth. Count Dracula has long been associated with the humble bat. He wrapped his cape around his body to sleep - the same way that bats behave when they are roosting.

Are bats a protected species?

Conservation groups are trying to right the wrongs that bats have been subjected to as a result of generations of myths and horror films! In the real world, bats are not scary or aggressive. They are beneficial animals that eat many of the flying insects that can be annoying when we're outdoors.

In the UK today, all bat species are protected by law, as are their breeding sites and resting places. If you want to survey or conserve bats, you need to contact Natural England to enquire about a special licence.

If you capture, injure or kill bats, you're breaking the law. You mustn't damage a breeding ground, obstruct them from entering their resting place, or transport bats, alive or dead. If you break the laws relating to bats, you can face an unlimited fine, or a prison sentence of up to six months.

People can live in harmony with bats and many animal welfare groups are working hard to repair this shy creature's tarnished image. If you're lucky enough to have bats in your garden, why not go out and watch them – they’re fascinating little creatures that regularly use the same flight path, so if you’ve spotted them once before, there’s a good chance you will see them again.

Don’t forget to wrap up warm!