We are still despatching on a next day delivery service, however, delivery delays are likely to occur.

Shakespeare: Shall I Compare Thee to a Summer's Day?

Shakespeare: Shall I Compare Thee to a Summer's Day? 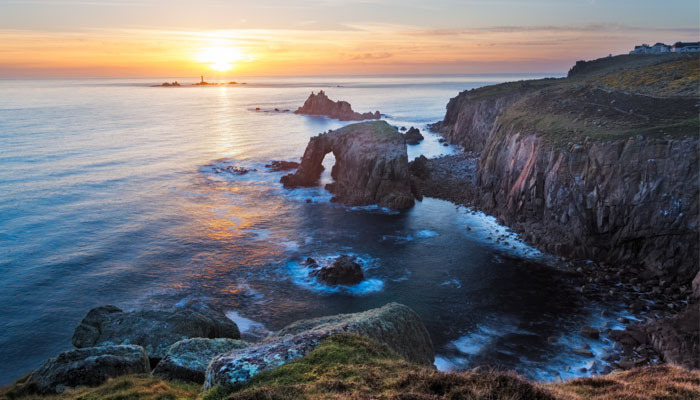 "Shall I compare thee to a summer's day?" is perhaps one of the most famous opening lines of a poem. It is certainly the best-known sonnet penned by England's most renowned playwright and poet, William Shakespeare.

The great Bard wrote Sonnet 18, as it is officially known, in 1609. It was one of a quartet of Shakespeare's poems that were first published that year. In total, he wrote 154 sonnets during his lifetime, but the opening line of Sonnet 18 is one that everyone who enjoys poetry must have heard at some time.

Born in April 1564 in Stratford-upon-Avon, William Shakespeare is arguably the most influential writer in history. Widely regarded as the greatest writer ever in the English language, his 39 plays have been on many a school syllabus as part of the English literature curriculum. His work has transcended the centuries and remains as relevant today as it was when he wrote it more than 400 years ago.

As the son of alderman and glove-maker John Shakespeare and affluent farmer's daughter Mary Arden, he was the third of eight children. Historians believe he was almost certainly educated at the King's New School in Stratford (now known as the Grammar School of King Edward VII), where he received an intensive education in English grammar and studied the works of Latin classical authors.

After leaving school, he married Anne Hathaway, aged 26, when he was only 18 and the couple had a daughter, Susanna, followed by twins Judith and Hamnet.

Shakespeare became involved in the London theatre scene in 1592, as historical records show several of his plays were performed in the capital's theatres that year.

He didn't have an easy time at the hands of his contemporaries, as he didn't have a university education like most writers of the era and was considered beneath them in what were essentially very snobbish times.

The playwright Robert Greene, who was six years Shakespeare's senior, wrote a scathing verse called Groats-Worth of Wit, in which he described his rival as an "upstart crow" who was "able to bombast out a blank verse" but was wrapped up in his "own conceit".

Greene believed Shakespeare was a Jack of all trades and a "second-rate tinkerer", rather than a "universal genius". His opinion wasn't widely supported, as after 1594, Shakespeare's own company, the Lord Chamberlain's Men, became the leading theatre company in London.

After they were awarded a royal patent by King James I in 1603, they changed the company's name to the King's Men. They became so famous that they built their own theatre, The Globe, on the south bank of the River Thames. In 1608, the company also bought the Blackfriars indoor theatre.

Shakespeare's association with the company made him a rich man and he made many property purchases and investments. His published plays were best-sellers and having his name on the front of a book was an instant attraction for literature fans.

While the Bard was perhaps best-known for his many plays, sonnet-writing was also a major part of his life. Historians are not sure when each of his 154 sonnets was written, but it is widely believed that he wrote a lot of them for the private readership of friends and had not intended them to be published.

Regardless of his intentions, his famous Sonnet 18 was published as part of a collection in 1609. Literary critics claimed to have recognised two storylines running through the sonnets: one describing a beautiful married woman known as the "dark lady" and the other relating to a handsome young man, known as the "fair youth".

It has been impossible to decipher if these were real people, or simply a product of the author's vivid imagination. Critics praised his sonnets as being a profound depiction of passion, love, procreation, death and time.

The famous Sonnet 18 is believed to relate to the "fair youth", as the unknown narrator muses, "Shall I compare thee to a summer's day?" because his looks are so striking. The words of the poem compare the young man's appearance to various aspects of summer.

Critics do not know the identity of the narrator, or whether the sonnets about the "dark lady" are somehow connected to the "fair youth", but it was said by writer William Wordsworth that the poems were truly the place where Shakespeare "unlocked his heart".

The narrator declares that the young man's qualities surpass even those of a summer's day, saying, "Thou art more lovely and more temperate," believing he will be remembered forever when people read the poem, even though the passage of time will see his "gold complexion dimmed".

The sonnet compares physical beauty and its temporary nature to the passing of time and summer fading into autumn and then winter. By writing about him in the sonnet, the narrator believes the young man's "eternal summer shall not fade".

While the poem contains almost no description of the young man, other than his golden complexion, it rather contains vivid descriptions of a summer's day to conjure up images of his qualities. Scholars contend it is part of the "procreation sonnets", addressing the idea of having eternal life through the written word.

Although Shakespeare received a lot of praise in his lifetime, he wasn't revered in the same way that he is today. Following his death in 1616, at the age of 51, his genius wasn't truly recognised until the Romantic era, towards the end of the 18th century.

The critic August Wilhelm Schlegel translated his plays into German at the time of the Romantic movement, while the Modernist art movement of the early 20th century adopted his work as being suitably avant-garde.

Throughout the 20th and 21st centuries, Shakespeare's plays have been translated into every major language in the world. They are performed more often than the plays of any other playwright and continue to be studied and interpreted by scholars and students alike.

Dress for a summer’s day!

If you're looking forward to the warm weather and making the most of the great outdoors, MA Grigg’s stocks the most glorious collection of summer clothing, with top brands including Hunter, Joules and many more - perfect for wearing when the sun's shining!