Free Next Working Day Delivery on orders over £30
Same Day Dispatch on orders placed before 4:30pm
Price Matching on all of our products online

Lockdown: The Effects on our Wildlife

Lockdown: The Effects on our Wildlife 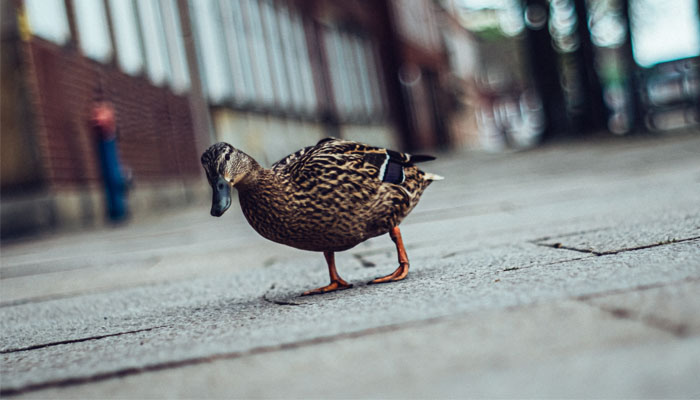 While people all over the world have been staying at home due to the coronavirus lockdown, wild animals have taken advantage of the empty streets by venturing into towns and city centres.

Scientists have labelled lockdown the great "anthropause" in the Nature Ecology and Evolution journal. The name describes the considerable global slowing-down of human beings' modern activities, particularly travel, with significant effects on wildlife.

Less cars on the road, fewer ships on the water and not a plane in the sky hasn’t gone unnoticed by nature! In fact, animal behaviour has changed so markedly that wildlife scientists have launched a global investigation into the phenomenon.

Where has wildlife appeared?

The deserted streets in areas normally teeming with people have seen wildlife appear in all sorts of unusual places. Scientists are studying how the animals' movements have altered during lockdown, in an effort to assess the impact of mankind during the past few decades.

Initial observations show that animals have enjoyed a sense of freedom from busy everyday life during recent months. It would appear the noise of traffic and people normally kept them away from city centres. Now, they have become inquisitive and have been popping up where you would least expect.

While people have been bored and frustrated at not being able to go out, wildlife has been the winner all over the world. Famous pictures of a flamboyance of flamingos completely taking over a pond in Navi Mumbai, India, have appeared across the internet.

What species have been spotted?

Other unusual sightings include mallard ducks strolling through the deserted Place Colette, in Paris, France, wild donkeys outside a bank in Allahabad, India, cows sunning themselves on the empty Mare e Sole beach in Corsica, mountain goats strolling and grazing in the city of Cemişgezek in Turkey and Sika deer wandering through the streets of Nara, Japan.

Closer to home, a herd of mountain goats was photographed walking through the Welsh town of Llandudno, after climbing down to explore from the nearby rocky cliffs of Great Orme. In Harold Hill, London, fallow deer have ventured out of Dagnam Park and can be found grazing in gardens in residential streets!

A large flock of ducks and geese was spotted walking en masse near Adnan Menderes Boulevard in Adana, Turkey, while wild deer are roaming freely through the empty streets of Trincomalee, Sri Lanka. Peacocks have strutted through the urban walkways of Dubai and all kinds of seabirds are swimming around the Venice canals in the absence of gondolas.

Pumas have been seen strolling through the urban streets of Santiago in Chile and coyotes have been spotted in San Francisco. Sadly, it hasn't been all good news for wildlife, as poaching has increased in some areas where economic hardship has impacted on the local community.

How will the survey be carried out?

Scientists say this situation is unprecedented and provides too good an opportunity to miss when it comes to understanding how human behaviour affects wildlife. They will gather data from sources including sensors, GPS and surveys to assess how more than 100 land and marine species have responded to the "anthropause".

Electronic tracking devices, known as "bio-loggers" have already been attached to some animals to record their movements, behaviour, activity and habitats. Data from a range of species' monitoring programmes will assess the impact of human activity and mobility on the animal kingdom. The field biologists collecting the data during lockdown are adhering to the appropriate safety precautions.

One of the studies is being carried out by the Max Planck Institute of Animal Behaviour in Germany, where behavioural biologist Matthias-Claudio Loretto says the data will be invaluable. It will enable scientists to determine whether the movement of wild animals is affected more by the presence of buildings, or human beings.

Researchers from all over the world are collaborating to create the COVID-19 Bio-Logging Initiative, pooling their resources and expertise to study fish, birds and mammals from all over the planet. To date, they have received more than 200 datasets, according to senior researcher Francesca Cagnacci, of the Edmund Mach Foundation in Italy, where further studies are being carried out.

How will animals adapt to humans coming out of lockdown?

Some researchers say our co-existence with wildlife generally leaves a lot to be desired. Prior to lockdown, people's lifestyles were having a detrimental effect on many of the animals with whom we share the planet. Scientists hope the current circumstances will teach us how to share the increasingly crowded earth with other species.

Martin Wikelski, an animal behaviourist, from the Max Planck Institute, says no-one is asking people to remain in lockdown forever. However, he adds that relatively minor changes to our lifestyle and transport networks might have significant benefits for animals, ecosystems and people alike in future.

Researchers are particularly interested to discover how animals who have ventured into urban areas will adapt to humans coming out of lockdown. The traffic and movement we're currently experiencing takes us back a few decades to the early 20th century. In the UK, travelling by road has dropped by around 73% during the pandemic and this has had a direct effect on animal behaviour.

A lot has changed over the years, but making small modifications to our modern lifestyle can have significant benefits for all species. A paper published in the Journal of Biological Conservation says the global studies during and after lockdown can help shape future conservation strategies.

Based in the stunning Cornish countryside,  MA Grigg’s Country Store is privileged to be surrounded by a diverse wildlife, and we love it - we have definitely enjoyed the more prominent birdsong since lockdown.

What changes in animal/bird behaviour have you noticed? Message us on our Facebook page with all your favourite moments – and if you have any pictures to share, even better!