A Rockpool of Surprises

A Rockpool of Surprises 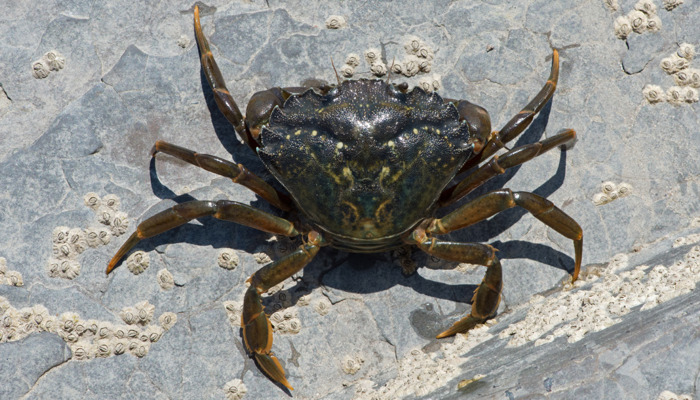 A simple, fun activity that doesn't cost anything, rock pooling can be enjoyed by all the family. As a source of much wonder, you can learn about dozens of sea creatures that you won't see anywhere else.

There's just one golden rock pooling rule - leave the sea creatures exactly where you find them! Never be tempted to take any home, as the chances are you won't be able to look after them properly and they will die. Although it's okay to have a closer look at the sea life, when it comes to the marvels of nature, always leave them untouched, so you don't interfere with the unique ecosystem.

It's amazing how many creatures can survive and flourish in such a small area...

This romantic name for the egg sacks of dogfish, skates, sharks and rays describes the way they look, as they grow clustered together in what looks like a tiny see-through purse. When you hold them up to the light, you'll see the developing embryos inside. The egg cases are various sizes. You may see the mermaid's purse stranded on the beach, away from the rockpool, at low tide. Be careful where you stand and return it to a rockpool when possible.

The fascinating Pagurus Bernhardus, better known as the hermit crab, is an unusual, soft-bodied crab, which lives in an empty spiral shell. As it grows, it moves up into bigger shells, rather like moving up the property ladder! Once installed inside, it seals the shell's entrance with its right pincer to keep safe. It has an unusual, jerky gait when it walks.

The common goby has an unusual appearance, as the top of its head, nape and throat don't have any scales. It can grow up to 6cm long and is usually sandy or grey in colour. Abundant on British shores, you'll have a good chance of seeing the common goby darting about in a rockpool.

The common limpet has the strongest muscle tissue of any animal and is nicknamed the "king of the clingers"! It grips rocks with an amazing force of 75 lbs per square inch - it isn't advisable to try and prise them off rocks, as you might injure the limpet. With a rasp-like tongue used to graze algae and seaweed seedlings off rocks, common limpets get stressed if they spend too long out of the water and the contours in their shell become deeper as a result. A relaxed limpet has shallow contours, especially when it's well-fed too.

The Actinia Equina, better known as the beadlet anemone, resembles a mound of jelly when out of the water! It grows to around 5cm across and looks totally different underwater, when it turns into a beautiful creature with more than 190 fluttering, waving tentacles arranged in circles. It is harmless to people but stings its tiny prey. It can survive being temporarily dried out but is better in a rockpool at low tide. The weird thing is that it gives birth through its mouth! Tiny baby anemones immediately set up home on nearby rocks after birth.

This is the UK's most prevalent starfish that can be found in most rockpools. Star shaped, it has five arms and can grow to a mighty 30cm across. Its arms and feet have tiny suckers that can prise mollusc shells apart. It eats by secreting enzymes into the shell to liquidate the shellfish inside. If it can't find a food source, the starfish can survive for months without eating, although it will start to shrink until it eats again.

The shore crab doesn't have a mollusc-shell hideaway, so instead lurks under rocks, buries itself in the sand, or hides in weeds to keep safe. You can usually find the shore crab in rockpools, as it's one of the UK's most common crabs. After mating, the female will release larvae into the open sea as plankton. This grows into tiny crabs and they return to shore, settling in rockpools until they grow bigger. A crab that is around 2cm wide is usually about one year old. It is normally a greenish-brown colour, although it can also have a bright green shell.

The Palaemon Serrate, or common prawn, is more attractive to look at than the plain brown shrimp. Striped and translucent, it is often found in rockpools, where it will eat just about anything including algae, sea carrion, organic matter and smaller crustaceans. The tiny prawns found in rockpools are the same species that trawlers catch in the Atlantic, so the ones in the rockpools are probably safer where they are!

The common blenny loves living in rockpools. With a frog-like face, it is semi-amphibious. If it can't find a safe rockpool as the tide goes out, it can walk across rocks to seek out a crevice, where it will hide until the tide comes in again. Out of the water, blennies will survive until high tide cocooned in damp seaweed. A mottled colour, they have a long, spiky dorsal fin. If you spot one in a rockpool, it will normally be sitting on the bottom, supporting itself on its claw-like front fins.

When is the best time to go rock pooling?

In April, you are highly likely to see blennies spawning in pairs. Their breeding and spawning season continues until August. In all probability, you’ll also see more eggs from various species in spring, such as the mermaid's purse egg sacs, both in shallow water and in rockpools.

Always check the tide times before you set off - as high tide approaches, it can be easy to lose track of time and not realise you're getting cut off by the water. The best time to go is just after high tide when the sea is going out, as you'll have more time to browse.

As it’s half term, why not take the kids to the beach? Remember, wellies are essential and some warm clothing would definitely be advisable. Happy rock pooling!ahJ