Raindrops Keep Falling on My Head

Raindrops Keep Falling on My Head 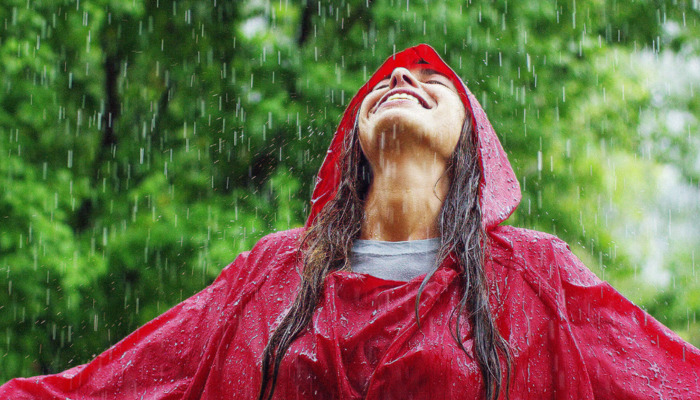 One of the most popular songs of the 20th century has just celebrated its 50th anniversary. It's ironic to think that when Raindrops Keep Falling on my Head was written for the 1969 movie, Butch Cassidy and the Sundance Kid, the 20th Century Fox studio hated it! In addition, the first-choice singer, American pop and country vocalist Ray Stevens, turned it down, because it didn't grab him either. However, its writers, Burt Bacharach and Hal David, persevered with pushing the catchy song, played on a ukulele, as they knew it was something special.

Eventually, Raindrops Keep Falling on My Head was recorded by pop singer Billy Joe "BJ" Thomas, who had a global hit. The song rocketed to number one in the pop charts in many countries, including the United States, Canada, South Africa and Norway.

It became famous as the backing track for one of the western film's most iconic scenes, when it was a playful musical interlude amid the often gory action. Studio bosses had their doubts because it simply didn't match the genre of a typical western. They described the jaunty song as "too risky and unconventional".

However, Butch Cassidy and the Sundance Kid was far from being a conventional film. Novelist and screenwriter William Goldman had researched the true story for eight years before writing the screenplay. He was fascinated that these major criminals had fled to South America, where they lived peacefully on a ranch for eight years.

Even though they were the bad guys in the eyes of the law, he made them into the likeable heroes of the film.  The script for this "great story" was at first rejected by film executives because it was so unusual in westerns for the gang to flee the scene of their major crimes and enjoy some light-hearted interludes.

It was said that Thomas was still recovering from laryngitis, making his voice huskier than normal, when he recorded Raindrops Keep Falling on My Head. This seemed to fit the mood of the film and when the soundtrack was released in October 1969, it became the biggest hit single of its seven musical tracks.

Perhaps its success was largely due to the charisma of the lead actors, Paul Newman and Robert Redford, who played the Old West outlaws, Butch and Sundance. The gentle song accompanied scenes of Butch riding a bicycle with Etta Place on the handlebars.

In real life, Place was Sundance's girlfriend initially, but she was believed to have dated Butch later. She had travelled to Argentina with the two outlaws when their gang, the Wild Bunch, began to fall apart in 1901. The trio bought a ranch there, after they had to flee the United States with law enforcers hot on their heels.

Considering the true story of the Wild Bunch and their trail of destruction across the Old West, the film took a different slant from the traditional westerns of the era, so the light-hearted musical score was fitting and relevant. The characters were modern, rather than old-fashioned, while their temperament and dialogue had a contemporary feel. It was later described as more of a "buddy movie" than a western.

The lyrics of the song related to the general mood of Butch, Sundance and Place at the time. It was meant to be an uplifting song, foreseeing better times ahead, with the implication that they were trying to make a fresh start, with a new life away from crime.

Starting with the line, "Raindrops keep falling on my head," (signifying feeling down), the narrator remains upbeat rather than letting the general gloom drag him down. "I just did me some talking to the sun and I said I didn't like the way he got things done," the narrator says. Finally, he decides, "There's one thing I know: the blues they send to meet me won't defeat me. It won't be long till happiness steps up to greet me."

Bacharach knew the song would start with a ukulele, but the only lyric he had, initially, was the opening line. He recalled the words, "Raindrops keep falling on my head," kept going round and round in his brain, to the exclusion of all else.

Eventually, the lyrics to the rest of the song were written very quickly and were intended as a temporary solution to his writer's block, but when the song was actually performed, they seemed to fit so well with the music and the scene that they remained.

Sadly, the optimism for the future was misplaced for the real Butch and Sundance, as they were both killed in a shootout with lawmen in 1908.

Raindrops Keep Falling on My Head won an Oscar for Best Original Song, so the writers' faith was justified. It has sold more than two million copies. Today, singer BJ Thomas says Raindrops is still his favourite song.

Raindrops certainly do keep falling - well, it is that time of year I suppose!

The weather forecast for autumn and winter here in the UK isn't great, with torrential rain and gale-force winds on the cards for the foreseeable – maybe time to get your waterproofs and wellies at the ready!

Heavy showers will mix with colder weather to herald a typical winter in time for December, so it's time to get your winter woollies out and brace yourselves.