10% Off Your First Order

When you create an account with us. You must be logged in to claim your 10% discount (on orders over £30)

On orders over £50. UK mainland Only. Orders must be placed before 4:30pm, Monday to Thursday to qualify.

you have 90 days from the purchase date to return the item(s) back to us for a refund. 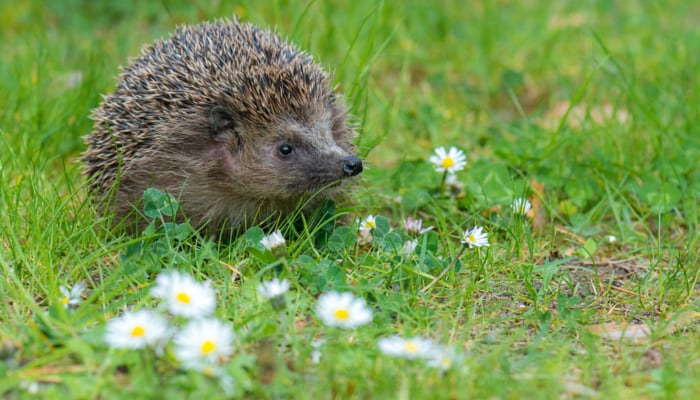 The humble hedgehog is a welcome visitor to many gardens in the UK. However, worrying new research suggests hedgehog numbers have declined by 50% in recent years.

A number of surveys, by various wildlife and conservation groups, paint the same picture of Britain's dwindling hedgehog population. The rapid decline has taken place over the past 25 years alone.

How many hedgehogs are there?

Among the organisations carrying out research are the British Hedgehog Preservation Society and the People’s Trust for Endangered Species. Unfortunately, little research was carried out into the hedgehog population prior to the second half of the 20th century.

In the 1950s, there were believed to be 30 million hedgehogs in the UK. However, scientists in the 1990s admitted this was probably a vast overestimation of numbers. The hedgehog population across Britain was recalculated and totalled around 1.5 million in 1995. This was believed to be a more realistic number.

Sadly, recent figures show only half this number are around today. The data is based on various studies and criteria, including the number of hedgehog sightings nationwide; the number of dead hedgehogs found mainly on the roads; and regular sightings of hedgehogs in people's gardens.

The Breeding Bird Survey carried out jointly by the British Trust for Ornithology, the RSPB and the Joint Nature Conservation Committee has also been monitoring selected mammals since 1996. It reports a marked decline in the hedgehog population over the past 13 years.

Why are hedgehogs in decline?

The reasons for hedgehog decline are still not certain, but a loss of habitat, due to the intensification of agriculture, has been cited as a cause. In addition, the fragmentation of hedgehogs' habitat in urban areas and proliferation of badgers (the hedgehogs' main predator) have contributed.

A DEFRA survey revealed there are 72,000 groups of badgers in England and Wales alone. The population is believed to be between 250,000 and 400,000 individual badgers across Britain. This equates to 25% of the species' global population. While badgers are thriving, the corresponding numbers of hedgehogs are declining.

What can we do to help?

A new initiative, called Hedgehog Street, has been launched by the People's Trust for Endangered Species and the British Hedgehog Preservation Society. It aims to make neighbourhoods more hedgehog-friendly by encouraging people to improve their gardens to welcome hedgehogs.

The numerous volunteer surveys will also play a major role in monitoring the status of hedgehogs across the UK. This will enable the wildlife and conservation groups to determine where their conservation efforts are most needed.

Members of the public are urged to participate in as many of these surveys as possible to enable the organisations to build an accurate picture.

How can people adapt their garden?

The best time to see a hedgehog in your garden is on a summer night. Nocturnal creatures, they hibernate between November and March, preferring dry places such compost heaps, under garden sheds and hedges, or even just an overgrown bit of the garden, where there's plenty of greenery.

You must be careful when moving or disturbing spaces such as this in your garden. Always check for hedgehogs first. Similarly, never mow your lawn if the grass is long without doing a thorough check. In the autumn and winter months, take special care around leaf piles, as hedgehogs may be hibernating there.

Build a hedgehog house in your garden, using piles of logs and fallen leaves for them to nest in during the breeding season. This will also help them to prepare for hibernation.

In late summer, when the young hedgehogs leave their mother and become independent, it can be a scary time for them. Their natural food supply such as insects, slugs, worms and various other garden creatures, begins to dwindle, so leave food out for them.

You can buy hedgehog food from pet shops, either online or in a store. Don't leave milk out for hedgehogs, as it's bad for them. It's far better to leave a dog or cat bowl of water.

Make your garden a "hedgehog highway" to ensure they can get in and out freely. They tend to travel a lot at night in search of food, so make sure there's a 10cm square space in your wall, fence or hedge for them to walk through.

If you have a garden pond, ensure you have a "ladder" of some sort so hedgehogs can get in and out. You could try building a ramp or use a plank wrapped in chicken wire so they can find a foothold to escape from the water.

What should you do with a sick hedgehog?

Hedgehogs don’t sit out in the sun, so if you see one in the middle of the day, it may be in need of help. The British Hedgehog Preservation Society is urging householders to keep an eye out for potentially sick hedgehogs.

If the hedgehog is moving quickly, with purpose, it may be simply relocating, or taking a break from the nest to get extra food for the young hoglets. If it's sitting around in the middle of the lawn and not moving, it may be sick.

Use a towel or gardening gloves to pick it up and put it in a high-sided cardboard box, ideally with hay or an old t-shirt in the bottom so it can hide. Offer it some meaty dog or cat food and a little water, but don't force it to eat.

If it seems cold, put a warm hot water bottle wrapped in a t-shirt in the box. Then, seek expert help - check if you have a local hedgehog rescue centre, or call the BHPS on 01584 890 801 for further advice. The emergency service operates outside office hours and will be able to let you know your local contacts who can care for the hedgehog. Unless it is injured, it may just need a little TLC until it recovers sufficiently to be released where you found it.

Hedgehogs can be a gardener’s best friends, as they are a natural predator of many of the creepy crawlies that can wreck your plants. It's mutually beneficial to encourage hedgehogs in your garden.

It's also a lot of fun just to see them running around. Creating a hedgehog haven can be an interesting project to awaken children's interest in wildlife too.